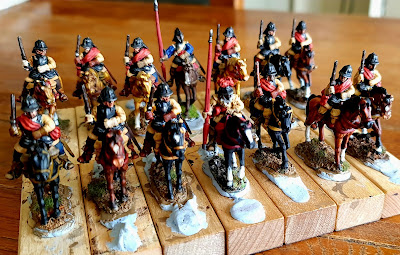 I recently bought some figures from a friend, George, and have been repainting them as a new regiment, Prince Maurice's, which was conveniently at many of the major battles of the English Civil War. All of the minis are from Bicorne. I will give them red standards. 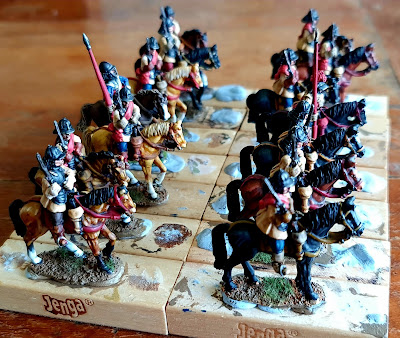 It took a surprising amount of time (retouching minis always does) but I am now just four minis short of a regiment, and hopefully will be able to field them in the next For King and Parliament Roundway Down game, which will hopefully be at Colours (assuming the table is confirmed, which is very likely).

Unfortunately I don't have a great deal of time for ECW modelling, just now, but I would love to finish these, some extra troopers to complete a "Dutch" regiment, some combined shotte, base some firelocks and some paint baggage before I move on to other pressing projects.