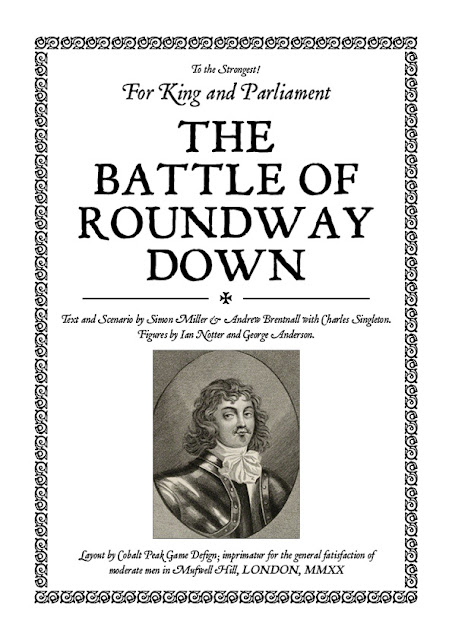 Roundway Down was a really unusual and exciting battle in which a modestly-sized Royalist force, entirely of cavalry, launched a desperate uphill charge against a superior Parliamentarian army. Incredibly, they prevailed – perhaps you can, too!

The Battle of Roundway Down Scenario is a digital file, designed for the TtS! For King and Parliament English Civil War rules, but adaptable for use with other rule systems, too. It is a medium-sized battle with only 21 units. It will suit two to four players.


The 12 page Scenario PDF includes a brief account of the campaign and the battle, reconstructed orders of battle for both sides, deployment diagrams and photos. It can either be viewed on a tablet, or printed out and bound. 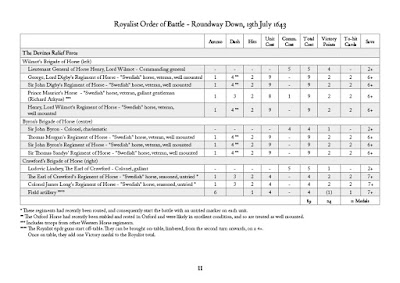 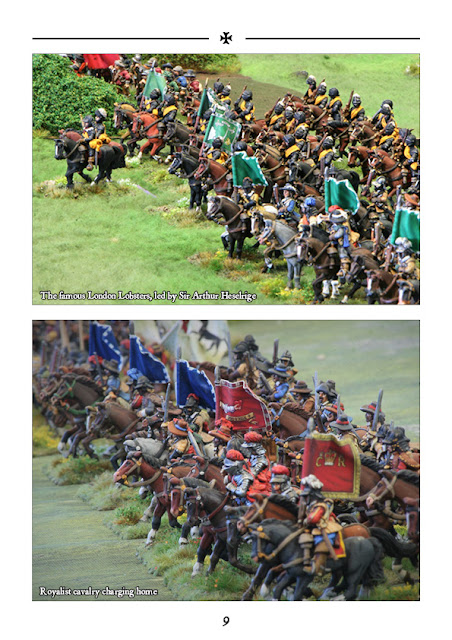 Separately available is a  booklet of  Roundway Down unit cards, designed by Ian Notter (below). There are cards for all the officers and units that we have been able to identify as present at the battle. These can be printed out on card, and used, in conjunction with the For King and Parliament rules and Roundway scenario, to re-fight the battle. 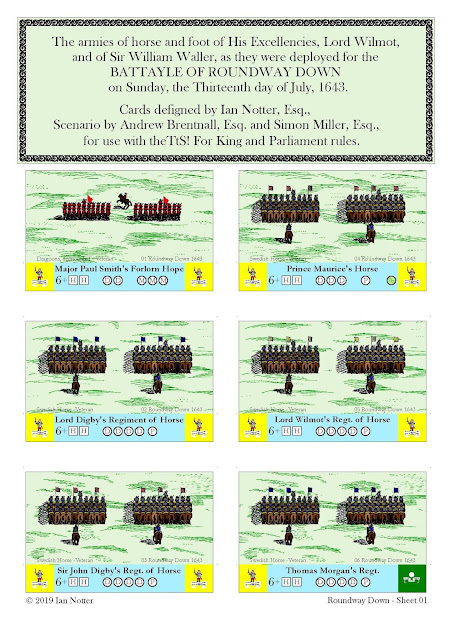 You can buy the Roundway Down scenario and unit cards (and others, including Edgehill, Montgomery and Stow-on-the-Wold) here.